The Healing of Love 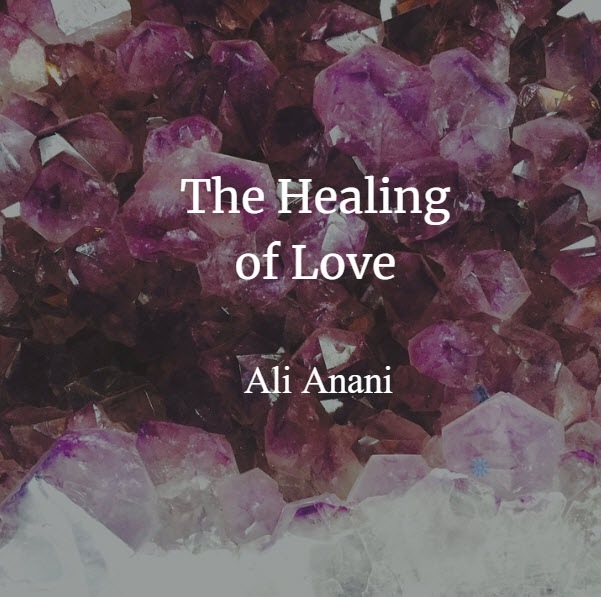 This is a real story of devotion in our chaotic world. It is true, except for the real names and I narrate the story as it happened because of my close relationship with the married couple.

Sam attended an engineering school at UK and graduated with honor. He then decided to study management and attended the American University in Cairo. While studying there he fell in love with his mate Sophie. He became so attached to her and upon graduation he promised Sophie to get married soon. For two years his father adamantly refused his son to marry a girl with a different nationality. His experience with mixed marriage made him bitter to them. Sam wasn’t less adamant than his father and insisted that he will marry Sophie only. Sam lost weight because he lost his hope to convince his father of the sincerity of his love to Sophie. Sam became so weak and you could notice his confusion of failing to convince his father to bless his marriage, or at least not to object to it.

Sam walked in my office one day and I was horrified to see him pale. He decided to visit me hoping that I would convince his father, who is a very close friend of mine, to approve his marriage to Sophie. I promised Sam to talk to talk to his father son. In few days I met with him and finally he accepted my suggestion that both of us to go to Cairo and meet with the girl and her family. We did. Sophie turned out not to be a symbol of beauty only, but also an icon of great manners. Her family moved us with their manners and received us so warmly. The family is classy and very well off and educated. The father was baffled by how he objected his son to marry her.

Since then life changed for Sam. He regained his health and his only problem became that his father pushed him for quick marriage. They agreed with the family Sophie and her family to visit them in two weeks to proceed with the marriage proceedings. Just few days before Sam and his parents were ready to fly to Cairo Sam felt very weak and dizzy. He seemed to lose his balance. His father explained due to his eagerness to marry Sophie. Then late in the night Sam looked so shaky and his parents took him to the hospital for a quick check up. The news then became terrifying. Sam suffered from cancer. The news fell like a bomb on the family. Their hopes in life shattered because Sam was their only son. They informed Sophie and her family of the sad news.

Sam had to be treated and so the medical staff decided to take samples of his sperms should he ever wish to have kids. This was necessary because he was subject to radiation treatment. Sophie gave power and will of iron to Sam. He wanted to recover just to repay Sophie for her unconditional support. Sam’s parents progressively felt Sophie as their daughter. They adored her. They extended whatever support they could to her. That chain of love reinforced Sophie’s will to support her husband.

The feedback of lover is greater medicine than we can think of. Sam started to recover. Soon, Sam responded to treatment and was cleared as fully recovered in a year. Sam and Sophie got married. Last night I attended their seventh wedding ceremony. The couple have a son who is charming and he is now almost six years old. You could see the love that engulf their life. Sam’s family donate money yearly to a hospital in gratitude not only for the recovery of Sam, but also to help others turn their lives around as Sophie did to them.

Love heals beyond any medicine.

I dedicate this buzz to my good friend  Fatima G. Williams, who read my mind prior to publishing this buzz.

#24
What a beautiful comment @Karen Wedding. I love your thought "One cannot close their hearts to the beauty and possibilities". Yes, we tend to narrow our possibilities so that we may choose from a big hype of them. Opening possibilities gives us hope and injects us with even more possibilities.

#22
@ALiAnani Ali~ I meant to read this when you published last month ... I am "hard pressed on many sides" with many challenges Glad I took the time to read this lovely love story As I read ... this heart-warming poem (from the Good Witch on NETFLIX) came to mind: “I Do” They are about to say 'I do', three little letters, two little words. It’s the simplest part of the day; but there is nothing simple about the things that will remain unsaid. 'I do' means I do know I could be hurt, but I am ready to be healed with you. It means I do want to try, even when the fear of failure holds me back. And I do not know the future, but I am ready to be surprised along the way. 'I do' means I do want your love & I do give you mine. And nothing we do will ever be the same, because we will be doing it all together

#21
Thank you dear Marisa Fonseca Diniz for your appreciative comment.

Thank you dear Joel Anderson for your sharing the buzz. Greatly appreciated

Great comment dear and I like your idea that love has the ability to put smiles on our faces that many nearby people may fail to fathom. Love has tangible forces; more powerful are the intangible one that motivate us, make us happier and therefore more productive and hopeful. Love has a feedback loop that may make us fly as high as the skies.

#1
Thank you dear Ali \ud83d\udc1d Anani, Brand Ambassador @beBee for sharing this beautiful personal experience & story with us. I agree with all the comments and as Franci says it's delightful that some stories have happy endings. Love is pure in all ways and forms. And yes it heals in magical ways. As some of the comments and hello's we tell each other warms our hearts and there is a smile on our faces that the person sitting right next to us cannot fathom. When I feel down or unsettled I come here to read such beautiful buzzes just to go about my day smiling and being my usual self. We all need just a little love and care :)

#15
Yesm rare as precious rare metals my dear friend. But, the joy is that this is a real story.

#14
Thank you dear Tausif Mundrawala as there is nothing equal to share a heartfelt story of your late mother. May her soul rest in peace. Yes, not all stories have joyful endings. but my friend was lucky to see his beloved son recover. It is from these stories that we value love and its intangible force. If we don't succeed always, then at least we know we did our best.

#11
And these are the attributes or "branches" for people to grow and spread their seeds of love to cover the world Franci\ud83d\udc1dEugenia Hoffman, beBee Brand Ambassador

#10
What benefits people is rooted in deep souls and hearts

Beautiful story Ali \ud83d\udc1d Anani, Brand Ambassador @beBee. Your story shows how powerful love can be. It's delightful that some stories have happy endings.

Great outcome which shows the power of intervention and mediation. Love comes with both with the rough and smooth side and this particular story emanates from the smooth side as far as love is concerned but rough from the aspect of the cancer. My brother told me about one of his work colleagues in Australia who was given only months to live, in her case it was the opposite situation - when her husband found out she had a few months to live, he cruelly packed his bags and told her that he could not handle the situation and promptly abandoned her. The stories that warm our heart allow us to see the good in humanity and that is a necessary aspect of sharing the better nature of our humanity. We live in a world where we confuse positive thinking for healthy thinking. Losing our resiliency to adversity begins with shutting out negative. The cancer was a negative in this story but Sophie showed the resilience that true love is made of. If she did not have true love then this story would be about the superficial love that is the case of the man in Australia who abandoned his dying wife. For sure I was very angry to hear about the man in Australia, my first instinct was to expose this individual, but such exposure is reactionary and would not be a resilient response on my part. Instead people like Sophie who have this resilience can rise above that which makes us reactionary and that is the most important part of the Sam-Sophie story - that true love is tested through moments of adversity. The other lesson is the power of mediation to walk over the bridge of love that is divided by cultural lines. For sure mixed marriages are tougher but it is societies attitudes that need to be bridged that makes this tough.

#4
Thank you dear Debasish Majumder. I wish you would write a poem about the story of this lady for she taught us what is unconditional love is all about.

#2
Pascal, thank you for your beautiful comment and sharing the buzz

Dear - I dedicated this buzz to you for you are a driving force of constructive love. 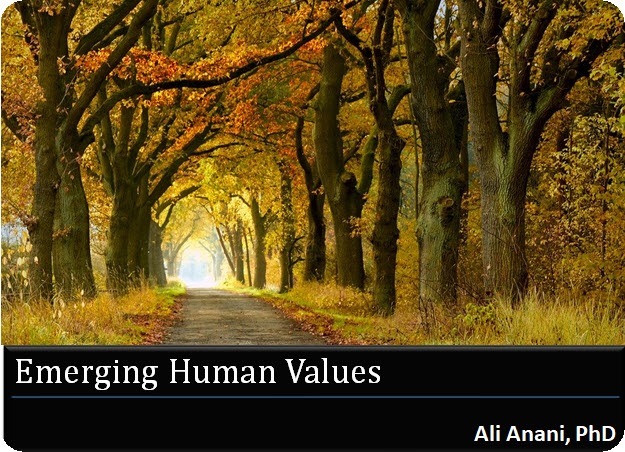 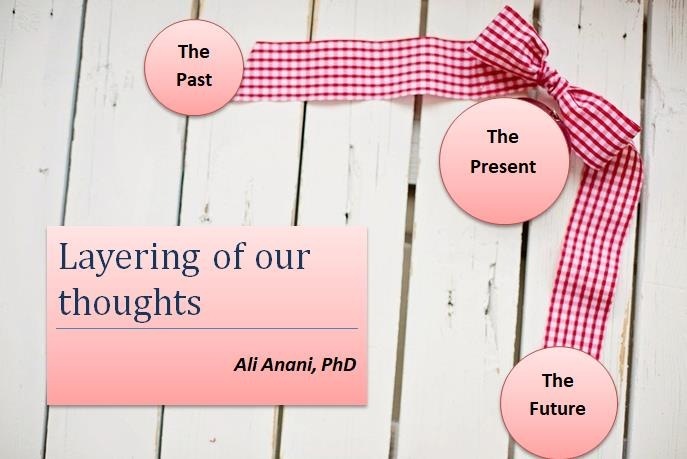