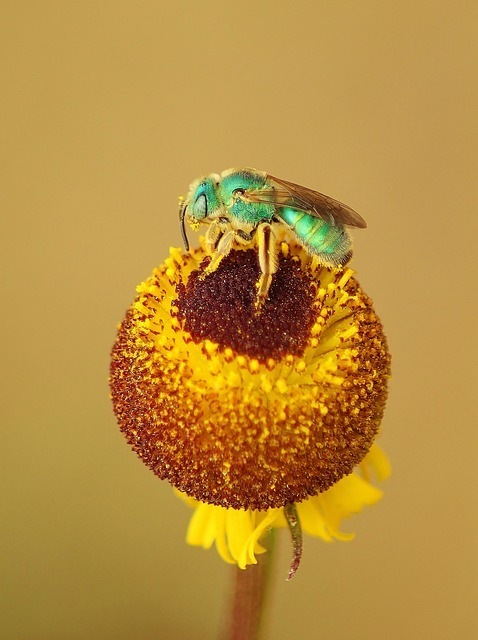 Nature has a treasure of hidden marketing forces. They are to be uncovered or made use of. This buzz tries to reveal some hidden marketing secrets. I may call them "The Green Marketing Forces" because they are derived from nature.

Let me start with a real story of an entrepreneur who had very little formal education, but with the wisdom of King Solomon. He started with a small shop selling basic foods and beverages besides cigarettes and host of other items. His shop was located in a very hot area and the intense summer made it harsh for walkers. He kept a big jar of water outside with disposable cups so that thirsty and exhausted passersby could drink cold water for free. There is a great attraction for a thirsty human and water. Soon, those passersby felt deeply appreciated for the owner to offer them free water when other shops sold it. That led them to become regular and loyal customers. Soon, the owners' business developed into a huge supermarket. Years later he became a prime manufacture of electrical appliances in the Middle East for an international brand. I met with him and he amazed me with his humility and sharpness.

A little kindness resulted in a hugely successful business. If we ponder deeply on what the shop owner did we find that he emulates bees. Bees need nectar and pollen to survive. Flowers produce both. Bees are like flying customers of today as they may easily change their sources of supply. Flowers realize this fact and they have the colors, shapes and fragrance to attract selectively certain bees. However; lately a new way has been lately uncovered by which flowers attract bees. Flowers use electrical field to communicate with bees. Scientists at Bristol University revealed that blooms give out electrical signals to attract bumblebees to their pollen - with their voltage changing to warn others when their nectar is low. Flowers don't cheat their customers (bees) and warn them if they are short of resources. Bees do exceptional work identify a suitable nectar and pollen resources and in respect of this efforts flowers warn bees that their resources are depleted for now. Plants are usually charged negatively and emit weak electric fields. Bees acquire a positive charge as they fly through the air. It appears that this is the way bees and plants communicate.

Flowers are very smart because they know they may only produce huge amounts of nectar and a limited amount of pollen. They want bees to go for the nectar and while sucking it pollen would stick to their bodies so that they may drop on other flowers later to pollinate. If we go back to the story of the shop we find that the owner used free water as nectar to attract customers and his hidden intention were that eventually passersby would walk in and buy his pollen. It worked. Giving free needed water at the right time and place (arid areas) was the real attractant for people to drink water and then feel the gratitude and become a regular customer. 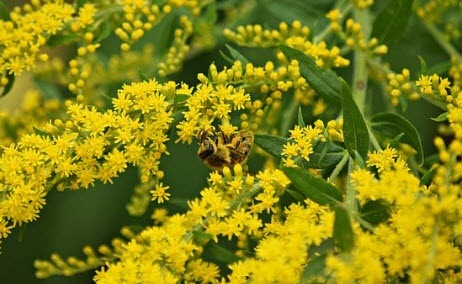 Today Sara Jacobovici shared a great buzz titled "A Good Digital Strategy Creates a Gravitational Pull". This is a great article for it uses the gravitational force as a marketing strategy. Every object is pulling on every other object in the universe, a fact that is known as Newton’s Law of Universal Gravitation. Gravity is an attraction (pulling) force. Great as this is what flowers do precisely. They attract bees because of their powerful attracting fragrance and the power of being honest to their bee customers.

We need to generate forces of attraction. Creative thinking may easily make this force available at a very low cost and as little as the shop owner paid. It is a force that may grow exponentially with time so that its effect may become rewarding beyond imagination. beBee is avoiding the pitfalls of other platforms in reverting free attracting forces into a costly repelling ones. Javier beBee and the beBee team are aware of the value of keeping the fragrance of beBee platform.

Dear CityVP \ud83d\udc1d Manjit responded to this buzz by writing a great buzz on "The Water of Life". https://www.bebee.com/producer/@cityvp/the-water-of-life#c1 I urge readers of this buzz to read Manjit's buzz as well.

#42
I look forward to reading your forthcoming buzzes dear Deb\ud83d\udc1d Lange. My "remote sensing" say they shall be very sensible. I Trust My Senses as much as I trust yours.

#36
Fill an urgent need for people that is not costly and give for free dear Devesh Bhatt. This is a high value action. For a thirsty person in a hot area a drop of water means a lot. For the giver if he can supply it free and at low cost then you are delighting the customer at a loc pain for you. Yes, it can be done. I have many other examples.

You are truly an asset to beBee and I think of you as our gentlemen bee, Ali Anani. "The earth has music for those who listen." unknown

the bees and the flowers have natural purpose for these systems. i wonder how kindness becomes a natural aspect of business?

#33
Enrique welcome to beBee! Look forward to your contributions on this platform

#25
SUperb comment is your s dear Deb \ud83d\udc1d Helfrich. I loved this " If we feel the exchange of goods, services, and human energy is equal it elevates the interaction beyond the ordinary and creates a lasting memory". What a revealing statement tis is! I pondered on and the more I did, the more I liked it. I am also very happy that you gave beBee and both Juan Imaz the merit they deserve.

#24
I can't thank you enough dear Tausif Mundrawala. I do do appreciate your comment and your wonderful understanding of the buzz. I noticed just now your buzz and I shall be reading it as soon as I finish responding to comments here.

#23
Kevin Baker- what a powerful statement is your writing "The creation of empathy by acknowledgment of our basic human needs". This could be your next buzz if you wish.

#20
My dear friend - your "not very little kindness" has a tremendous effect on me and I hope on you as well in double magnitude. Your comment adds more explanations to my buzz and I am extremely grateful to you.

#19
I am in full anticipation of your forthcoming buzzes dear CityVP \ud83d\udc1d Manjit that recommended me to copyright it. Second, you raise so many interesting issues , which promise to be entertaining to the mind. Third, I am preparing to write my next buzz on sugar solutions and their applications in management. So, I hope to read your buzzes soon.

#18
Dear Ali Anani my application of the word "sugar water" is connected with an array of thoughts that include "The Orange Revolution" https://www.bebee.com/producer/@cityvp/the-orange-revolution However you do raise a fascinating buzz in "The Hidden Marketing Forces" and I want to create my own paradox wisdom in relation to it and this paradox wisdom will be the bridge between what you have explored here and what I explored in Sugar Water. Before I can write this Paradox Wisdom, I have a couple of posts/buzzes to write that are part of the thought family which Sugar Water is connected to which will include a new posting on beBee about apartheid and a new posting on Linked In about trumpets. Then I will set about writing the paradox wisdom that sits in parallel with "The Hidden Marketing Forces" as a part of my own learning journey, which informs why I am thinking these thoughts . All of these three posts should be completed in the next 48 hours and of course, I do know that you will look forward to the Paradox Wisdom parallel buzz with anticipation and which right now I do not have a title for. I will link that buzz here when after it materializes/emerges on beBee.

#17
You shocked me with your comment dear Praveen Raj Gullepalli who mentioned sugar solutions in his last comments on my buzzes.

I invite readers to read your book on senses. Please dear Deb\ud83d\udc1d Lange provide the link here. What yu said in your comment reflects mine. You said it perfectly well "as human nature we can sense a life force that flows". The question is what type of flow we sense? Is it like a river flowing or wind blowing? I wonder what crosses your mind first!

#13
Dear Mohammed Sultan- first, thank you for your clear and concise comment. You add great ideas. Yes, first temptation but then proceeds to partnership. Second, I try not to tag Javier \ud83d\udc1d beBee unless necessary. I tag him to read your beautiful comment. I agree with all what you said about Javier and beBee.

#11
You are truly an admirable person and human my dear friend \ud83d\udc1d Fatima Williams speak a lot of great things about you. You know you too quenched my thirst with your very comprehensive comment- short comment, but truly reflective of the buzz.

Giving free needed water at the right time and place (arid areas) was the real attractant for people to drink water and then feel the gratitude and become a regular customer. Your wonderful buzzes with thought provoking ideas is the elixir - Water. My thirst is quenched. Thank you Ali Anani

Giving free needed water at the right time and place (arid areas) was the real attractant for people to drink water and then feel the gratitude and become a regular customer. Your wonderful buzzes with a thought provoking ideas is the elixir - Water. My thirst is quenched. Thank you Ali Anani

#8
You don't have to go too far dear debasish majumder. Your honey-like comment pulled me to your flowery words and wisdom. This is the way to attract readers and no wonder you are getting increasingly more views.

#2
I am speechless dear Sara Jacobovici except to say thank you.

#2
Dear Sara Jacobovici shall also like it for she too is fond of ideas inspired by nature. Your support is the attraction that pulls me to your beautiful mind.

Ali Anani writes: "Nature has a treasure of hidden marketing forces. They are to be uncovered or made use of. This buzz tries to reveal some hidden marketing secrets. I may call them "The Green Marketing Forces" because they are derived from nature." A must read.

I can not remove one word to highlight on its own from this seamless buzz Ali Anani. Your communication flows like a clear spring. Your contribution and influence to the integration of business and nature is invaluable. "The Green Marketing Forces" should be copyrighted. 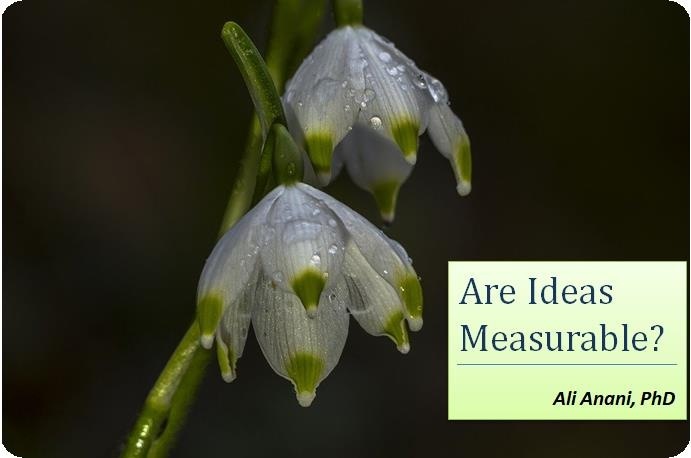 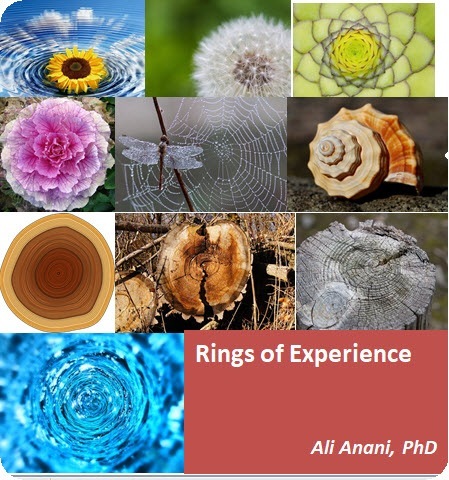