The Relegation of a Buzz 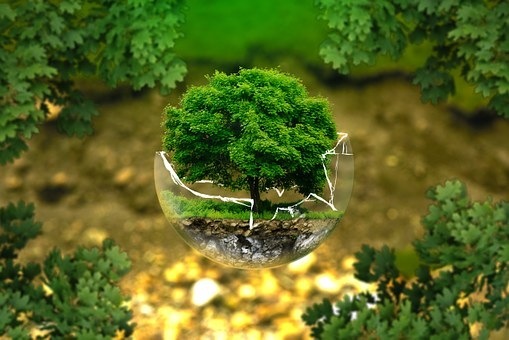 I published a buzz last week titled "Nature and Us on the Edge of Chaos" that disappeared from my profile like a plane disappears in the sky. For me, I don't say the death of a buzz, but mildly I say the relegation of a buzz. The original publication attracted about forty great comments and I apologize for the commenters for the disappearance of their comments. Their loss is mine as well.

I republish the buzz again and, hopefully, it shall not disappear in the cloudy skies.

Nature doesn’t trust us anymore. We have depleted it of many of its resources without having the capacity to understand the effect of our behaviors on the balance of nature. Depletion of fish resources, the emergence of pets and the permanent migration of birds to other parts of the world are signs of our actions.

It seems to me that the root cause of our actions is simply greed. The greed we observe in the stock markets is responsible for the distortion of stock markets and their sudden and unpredicted behaviors. We make these markets behave in unpredictable ways and we pay heavily for that. It is our imbalance that leads to the imbalance of nature. Not only we become chaotic in our behaviors, but may also lead to the chaotic behavior of nature. The signs are many such as the greenhouse effect, the extinction of some species, the pollution of our waters and the examples are too many to count them all.

Chaos leads to chaos till a system disrupts or self-organize. Self-organizing requires trust. It is not enough for two people to be close to connect and build healthy relationship if they mistrust each other. Fear of closeness shall prevail and the two people shall avoid talking to each other, exchange ideas or be interested in knowing each other. Nature is the same. It doesn’t trust us and has been fearful in building healthy relations with us. We have destroyed its interconnectedness.

Disruption may lead to the emergence of new evils. One known example is the rapid increase in slug and snail numbers in few countries. Another example is the campaign in China that aimed at eradicating four pests in China in 1958. These pests were mosquitoes, flies, rats, and sparrows. Our ignorance of understanding that we live in an interconnected world led to disastrous results. For example, the extermination of sparrows led to the explosion of locusts that ruined crops. Our short-sightedness is responsible for this behavior for two reasons. We know about the fragility that interconnectedness may create, but we still repeat the same mistake. But there is a wider lesson here. It is the distortion of seeing the harm without considering the benefit. People blindness lead people to see the harm of sparrows, but not their benefits. We tend to exaggerate harm as it is instantaneous, and subdue the benefits because of their delayed effects.

This distortion of seeing the harms of now and not the benefits of tomorrow have distanced us from nature and from each other.
Ali Anani

Disruption may lead to the emergence of new evils- cascading evils. In the sparrows’ example above the invasion of locusts lead to less crops and more famine. A small even today may grow up tomorrow because evils have their networks. Evils are interconnected and one evil leads to more evils tomorrow.

When humans fail to interconnect healthily, they create unforeseen evils that may grow out of proportion tomorrow. These evils infiltrate to nature and disrupts it. The benefits of rapid growth have blinded us from seeing the evils of distorting the balance and the interconnectedness of nature. This fact extends to human relation as the evil of exploiting humans as resources and depleting them of their energies, appetite to work and so disengaging them from work. The evil of exploiting nature may easily become a tendency to exploiting people. We pile evils on evils and the work environment becomes suffocating.

Can we self-organize to combat these evils when we lose the trust between us? We need to self-reflect on our actions before any real hope emerges.

#40
Dear Jerry, Enjoy your trip even though it is mixed with the sadness of losing a friend. Gaia being the he ancestral mother of all life will react to our actions.

Dr. Ali, Elegant as usual. Traveling so I can't respond in depth. My summation would be "Gaia will get you for that!" And so it goes.

#38
You know how to move me emotionally my friend Chris \ud83d\udc1d Guest. Great example as Norwich City got relegated three years ago and nobody expected them to get promotion this year. They did and self-belief works like magic.

#31
Cyndi wilkins- I have just published the inspiration from your comment and I mentioned you in the buzz https://www.bebee.com/producer/@ali-anani/is-first-always-good

#35
You know how to write solid and meaningful comments Zacharias \ud83d\udc1d Voulgaris. WE can't give what we don't have and I concur with your outstanding comment. If we don't have affection for nature inside we can't get along with it outside.

Good points! I believe it's the distancing of nature within us that creates all these chaotic conflicts outside ourselves. Nature is not just the stuff outside the cities, but it's everywhere. If we cannot get along with it inside us, it's doubtful we can get along with it outside, where it's often more challenging due to the larger scale...

#30
#32 I couldn't stop smiling reading your comments Kim Wheeler. Maybe when we do this we may laugh at our greed and open our eyes to its evil. I also thank you for sharing the buzz.

#31
Thank you dear Cyndi wilkins for your appreciation and sobering comment. I paused for a while reading your words "'quick-fix/me first' attitude". Not only this is a good definition of greed, more importantly is the inspiration embedded in these words. We thrive to be first or not like being the first kid, the first idea, the first impression and first-minded costs. The greed for first has led us to ignore sustainable ideas and deprived us in the rush to see the ill-sided effects. I might write a buzz on this idea. Mostly I shall.

We have disrupted not only the health of the planet with our narrow-mindedness, but also the health of our entire species by choosing to cut corners with a 'quick-fix/me first' attitude rather than doing the hard work required to create sustainability...Corporate greed has taken precedent over basic human rights...leaving far too many in the lower to middle class to pay with their lives...literally. Humility and respect are very rare commodities these days. A most sobering buzz Ali \ud83d\udc1d Anani, Brand Ambassador @beBee.

#27
Thank you for your follow up Javier \ud83d\udc1d C\u00e1mara Rica. I tried to tag @Fredrico, but his name doesn't highlight.

#26
Jim Murray- You are vet correct to say "but about balance". The question then becomes can an imbalanced mentality care for balance? Those who lack balance can't give it and the issue persists.

We are certainly of the same mind here, Ali. It feels like corporations and 1%ers are all hoarding money. Trouble is that money will be worthless in a crash and they will be just as badly off as the rest of us. Only in a nicer house. These people and those who run the corporations fail to see that it's not about profit at all costs, but about balance. Because when you keep taking from the people who have made you rich, all you really are doing is shooting yourself in the foot. But greed is irrational. And so is the current state of capitalism.

#22
I hope he shall do dear Clau Valerio

#21
It is intention John Rylance

#21
It is intentions Zacharias \ud83d\udc1d Voulgaris

I came across this quote. You can never be too greedy made by Donald Trump I'm pondering on exactly what he meant. I'm not sure whether he is pro or anti greed. It could be either.

#18
Your relevant quotes are always sober my friend.

#17
Thank you dear Clau Valerio and the problem is there is still no response from beBee team. This is not a good sign and I truly hope the team acts quickly so that writers don't lose faith in beBee- a platform that is still have great potential.

"He who is greedy is always in want" - Horace

#15
Love the quote and the depth it offers.

The comments of my friend Edward Lewellen prompted me to publish a new buzz in response to these comments Plan Not to Plan https://www.bebee.com/producer/@ali-anani/plan-not-to-plan

#12
Dear friend Edward Lewellen- we need you around to enrich us with your knowledge and experience. I smiled upon reading your wealthy comment for I am drafting a buzz on unintended consequences (inspired by a comment by Harvey Lloyd). One example includes the unintended consequences that deprived us of bee colonies that help us produce food, without which we could starve. But I enjoyed thoroughly your perspective that some leaders remove the "pest" workers without realizing the consequences of their act. This is an important lesson for leaders worldwide and is often overlooked. You ably explained why. They keep the balance and prevent the organization going to the extreme chaotic end. Your comment stands out and I shall refer to it in my next buzz. Million thanks.

#10
"The King of Expressive Emojis" dear Bill Stankiewicz, \ud83d\udc1d Brand Ambassador- much obliged to you and your nourishing comment. n

#7
AGree Lyon Brave. Little greed is like la small dose of vaccination to prevent the mother disease. Good thought here (the antidote of too much greed is a small vaccination of little greed. Thank you for the inspiration

Some greed is good, but the trick to take no more than you need and leave some for the next guy.

#4
Few words, but they tell the truth elegantly and straight. I do appreciate the profoundness of your simple message Joyce \ud83d\udc1d Bowen Brand Ambassador @ beBee

#3
Thank you dear Debasish Majumder and your friendship shall not eclipse.

The human species is probably the most difficult predator on the planet. I fear we may feast our way to our own demise. We manifest omnipotence and arrogance far out-stripping Mother Nature. To believe we can outthink that dear soul... The vast majority of us believe we must follow to survive. But in losing ourselves to the follow, we are missing the fact that we are being preyed on by our own.

elevation as well relegation are the game in continuous form which led to emerge new dimension with greater hope for a new synthesis with its qualitative approach which may eclipse its identity as mere quantity. lovely buzz sir Ali \ud83d\udc1d Anani, Brand Ambassador @beBee! enjoyed read and shared. thank you for the buzz sir.

Clau Valerio and his team would handle this issue.. 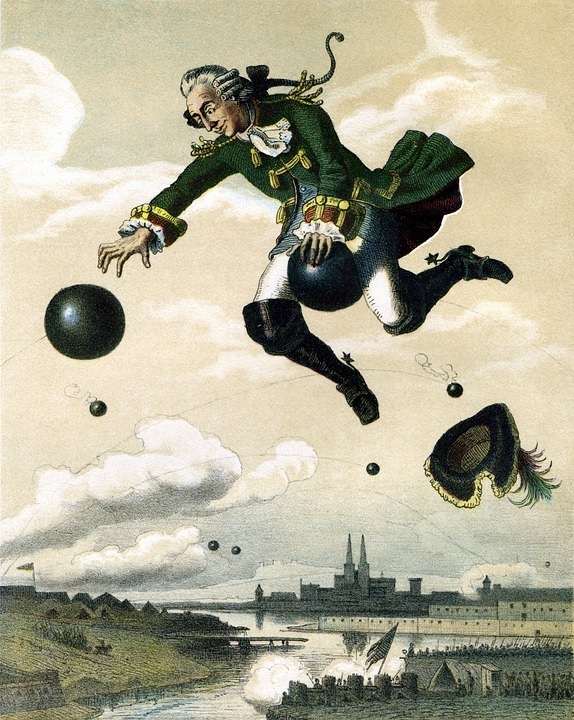 A Creative Metaphor for Storytelling 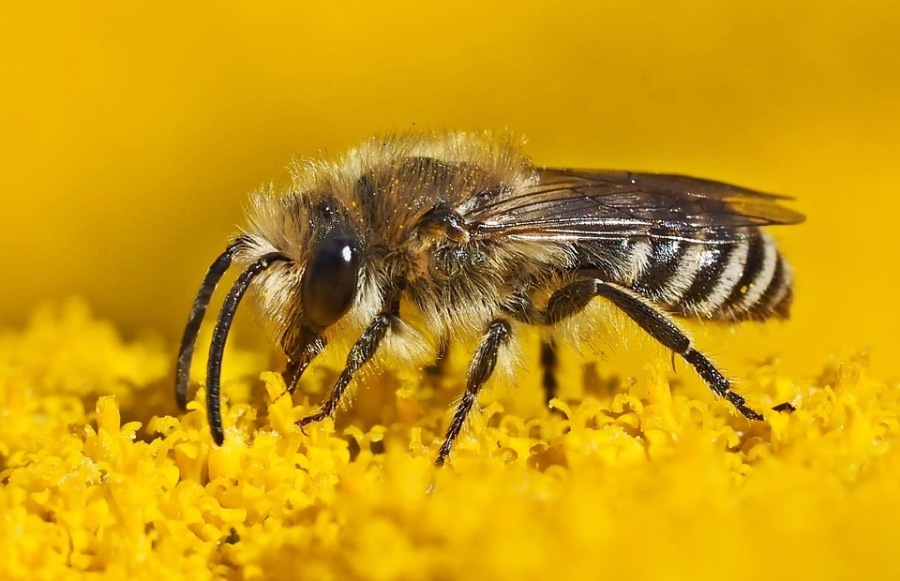 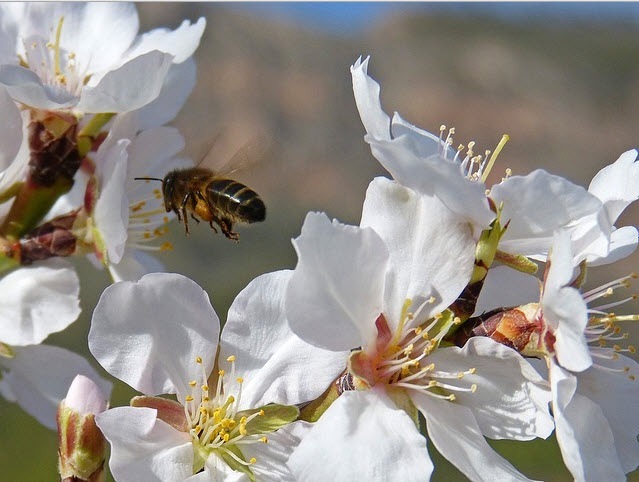